In 2016, Mr Henderson (our former Deputy Head) visited Kajo Keji for the third time. The pictures below show typical scenes from life there today. Kajo Keji is right on the southern border, close to Uganda, far from the fighting further north in and around the capital city, Juba.

In the past few years our link school, Tipere Primary, has added new classrooms and latrines. Children's attendance has improved well despite the challenges they face, such as girls needing to stay home and help with child care or harvesting.

Nash Mills has sponsored two boys from Tipere school to enable them to complete their secondary education.

Chelsio has done very well and is now completing his A levels...he wants to be an electrical engineer and help in the rebuilding of his nation. 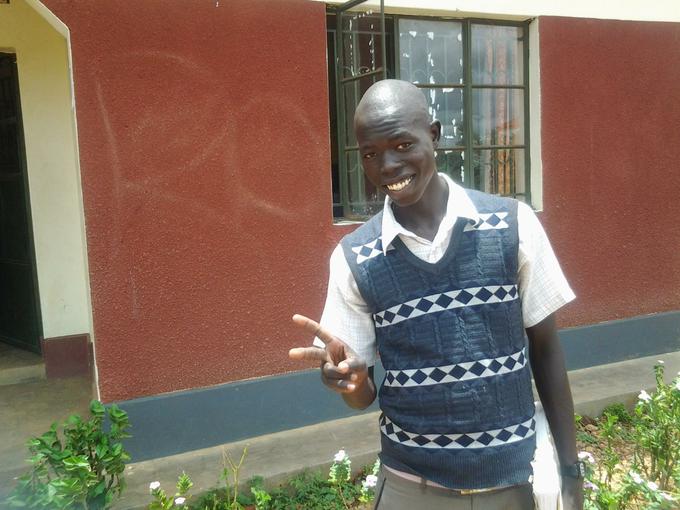 Nash Mills is linked to the schools in Kajo Keji in the far south of Sudan. To get there it is easiest to fly into neighbouring Uganda and eventually by road across the border.

Kampala, the capital city of Uganda is a loud, busy exciting place to visit. As well as the modern business centre, the streets are lined with small shops, spilling out onto the pavements. Street sellers are everywhere. Most people get about by taking a bus, on motor bikes or walking. The noise of vehicles, honking horns and people shouting fills the air. 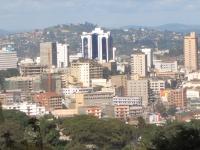 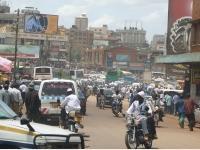 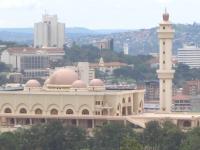 The easiest way to reach Sudan is by taking an internal flight from Kampala to the northern border town of Moyo. Light aircraft with just 6-20 seats fly below the clouds giving spectacular views of the winding River Nile.
River Nile 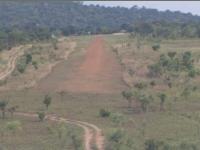 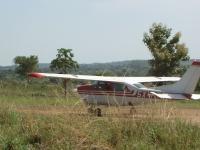 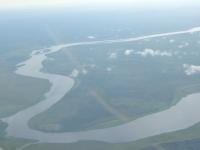 Sudan is the largest country in Africa. For nearly 40 years it suffered from civil war between the north and south of the country. Many people had to escape the fighting by hiding in the bush or fleeing to Uganda where they lived in refugee camps. Now there is peace they are returning to their old homes and rebuilding their homes, schools and businesses. Because of the war, many children are now orphans.
Overseas charities are helping the Sudanese to rebuild. Borehole water can be cleaned using water filters. The partially clear water still needs to be chemically treated before it is safe to bottle and drink.
Water filters 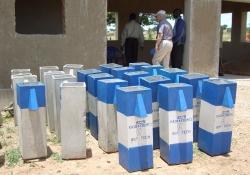 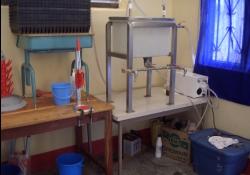 Schools are gradually being rebuilt, some with new brick buildings, but many are still made with the traditional mud walls and thatched roof. Children attend school whenever they can. They realise how important education is to give them a chance of a better future. But sometimes they are sick with illnesses such as malaria or have stomach trouble, from drinking unclean water. Parents may keep them at home to help with gardening or looking after baby brothers and sisters.
Classroom under a tree 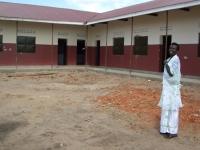 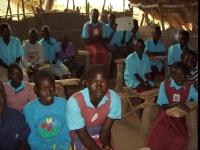 Rogeri Primary pupils, with their bright orange uniforms, are moving from worn out old huts into new brick walled, iron roofed classrooms which are cooler and can still be used when it rains. Lessons still take place under the shade of a large mango tree. But resources are scarce. Children share a chalk board and have few books or pens at all. Football and netball are played on the dusty school pitches. The headteacher’s office is still the traditional ‘Tukl’ hut. Every day they sound an old metal wheel to call pupils to lessons. Then they emerge in all directions from the surrounding bush. 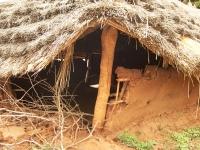 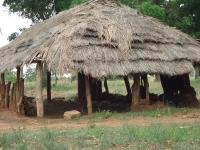 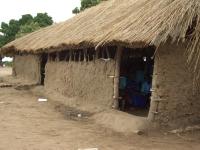 Tikere and Dwani schools are still waiting for new buildings. Their current classrooms are worn out and collapsing.

Construction of a latrine 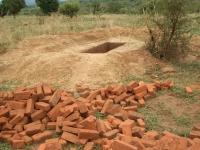 Their old toilet ( latrine ) is also in a bad state of repair so they are digging a new one and building with bricks which they make on the school site. Pupils sometimes travel from miles around so cooks prepare a midday meal of rice, ugali ( a maize cake ) and beans. The teachers sit and mark outside in the shade. 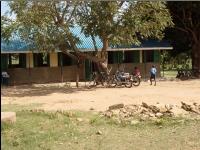 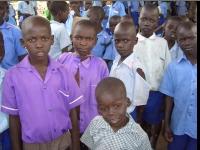 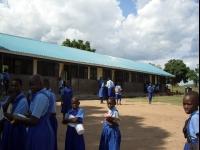 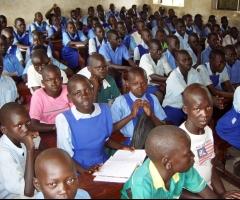 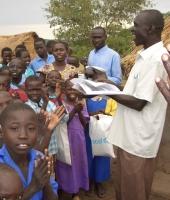 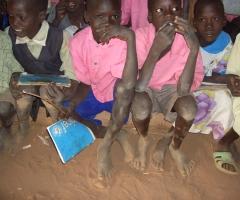 Parents at a meeting 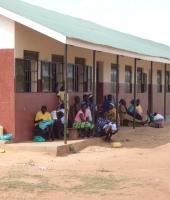 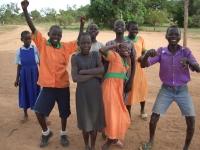 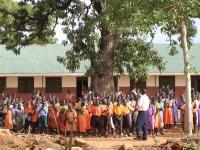 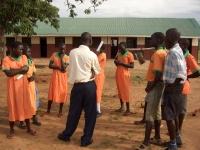 Kajo Keji town school has seen a lot of resettlement. Numbers have increased so much they have some classes of 140 pupils. They are being sent 10 more teachers but even so teachers often go unpaid for months. Teachers are committed to rebuilding their country and helping the pupils to make progress.

Washing hands before a meal 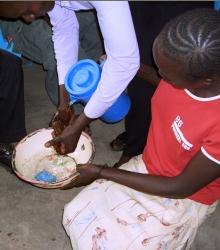 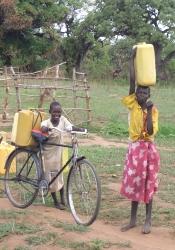 Taking the baby to work 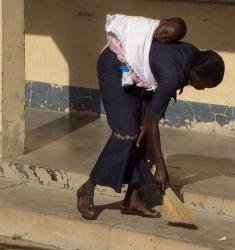 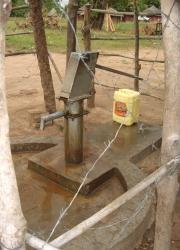 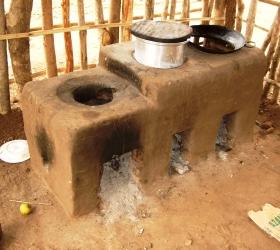 People live in huts called Tukls, often arranged in a larger family group. Families might easily have eight children. Cooking is done outdoors on clay ovens, heated from firewood collected each day by the women and children. Water must be fetched from a stand pump at the nearest borehole. They carry large water containers or bundles of wood on their heads. Around their homes they cultivate the land for manioc, cassava, maize vegetables. Chickens and goats roam around.