Our school shares its name with the local area and the paper mill.  There has been a mill in the area for over 500 years; originally for grinding corn.

In the early 19th century, the mill was purchased by John Dickinson, a paper merchant.  Over time, John Dickinson purchased most of the local mills, inventing new ways of paper-making which used machines, John Dickinson patented 13 different inventions.  In 1818, the canal was also diverted, moved from the current site of our school (which had been ear-marked for a paper mill), to the site of the existing mills, where it remains today.  When building the new school canteen in 1947, the original course was discovered and the clay used to make pottery. 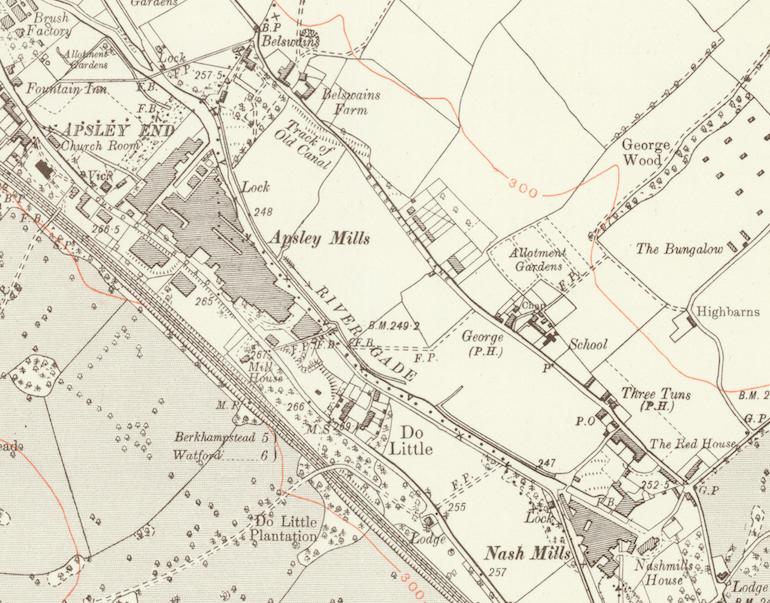 Due to this, his company grew and expanded quickly, creating a range of stationary (including envelopes, paper, card and train tickets) which were taken to London using the canal.  By the 1930's, 100 million envelopes were made each week at the Apsley Mill.  More information can be found about this at: www.frogmorepapermill.org.uk/apsley-mill

In 1836, John Dickinson moved from Nash Mills House (now part of the estate opposite school) into the newly built Abbots Hill, which is now a private school.  Upon his death in 1869, the house passed to his only surviving son, John and then to Arthur Evans in 1908. Arthur, an archaeologist and the discoverer of Knossos on Crete did not return to the house, instead selling it to Alice, Katherine and Mary Baird, who turned it into the school it is today.