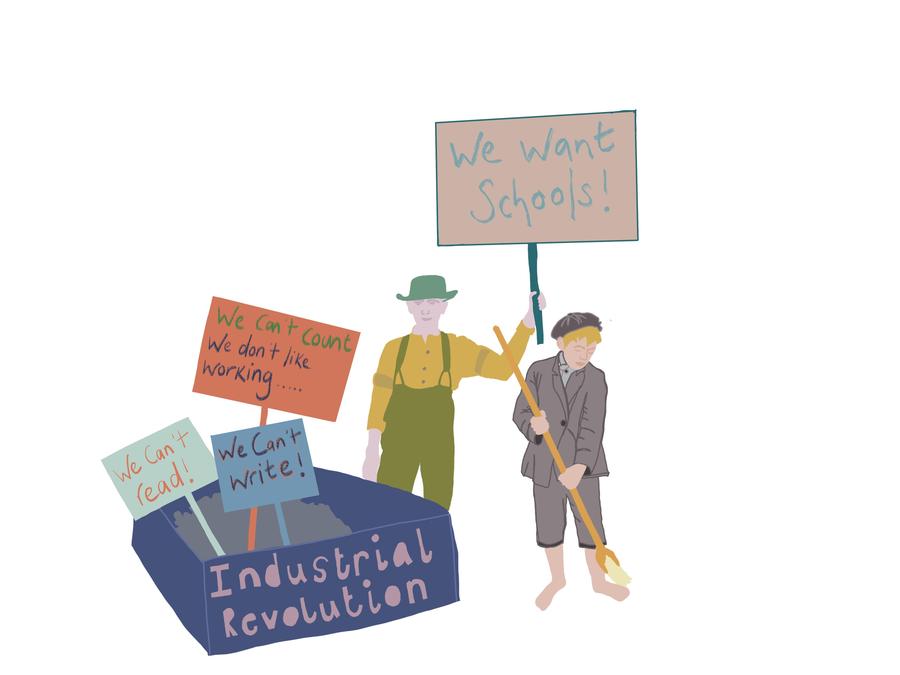 In 1833, parliament passed the Education Grant Act, which began to fund schools across the country.  Up until this point, there had been little interest in educating the general public.  At the same time, the number of hours that children could work in mills and factories was limited to 9 hours each day to think about “their health and means of education”.  We still think 9 hours was a pretty long shift!

As well as the laws above, there was also an expectation that children in employment would receive part-time education.  In 1843 however, this was looked into and found that “although many local children go to Sunday school, they derive very little benefit from them” (Major Burns, Chambers Edinburgh Journal, 1843).

Soon after this, John Dickinson began building a local school “for the benefit of his apprentices and the young people of the village” (St. Mary’s Church End brochure, 1932).  John Dickinson’s daughter kept a diary in which she wrote the following: 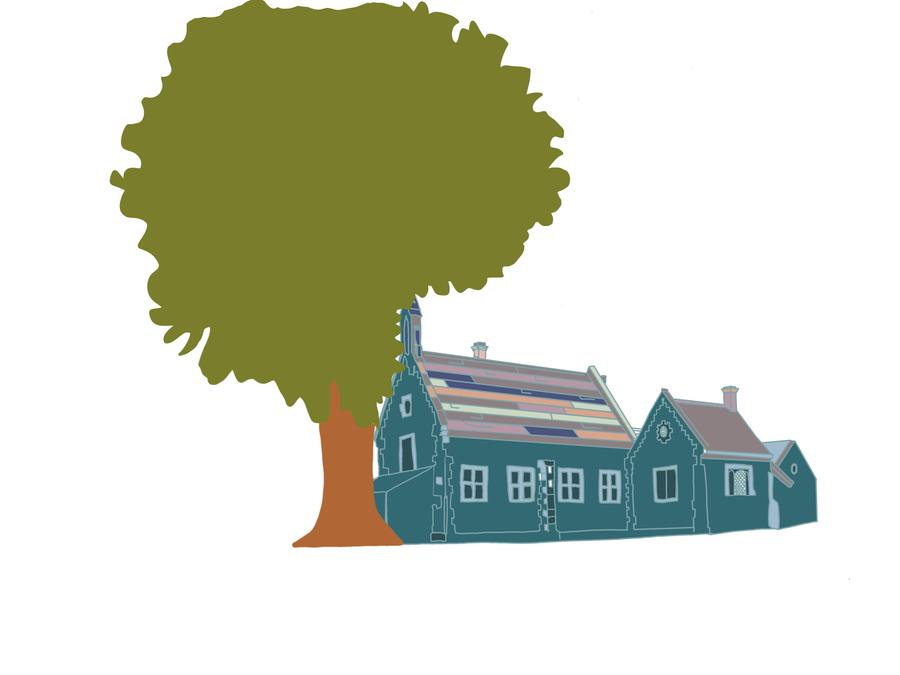 The school was built at a cost of £597 on land that John Dickinson already owned.  It had one large room for the children and a small house for the teacher.  It was built within a row of cottages, one of which was a place of worship for Methodists and on the other side, the Three Tuns Public House, which is still there today.

Many of the original documents from this time seem to have been lost in a fire at John Dickinson’s offices during the second world war, including the original deeds; a document explaining this is shown below. 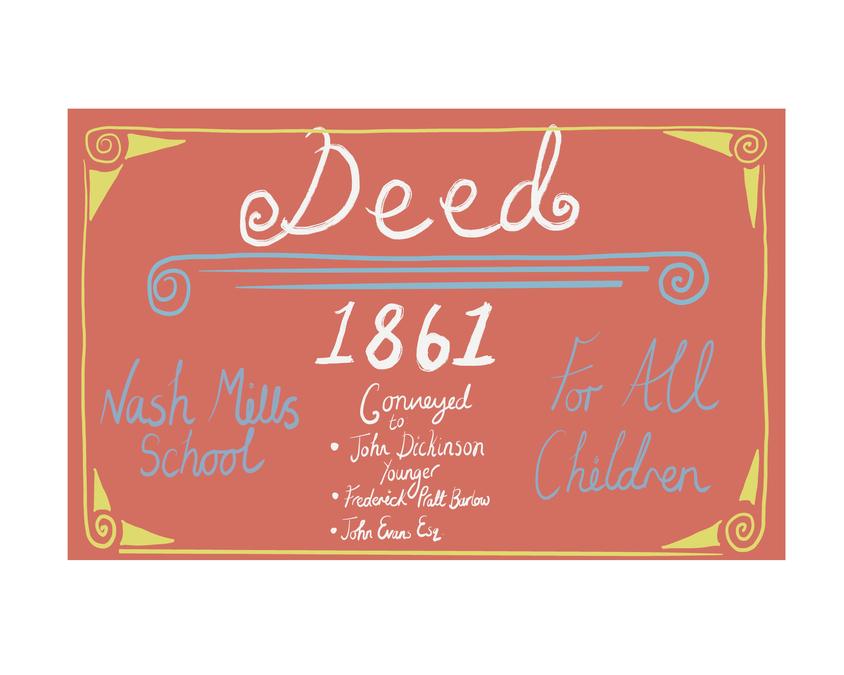 However the early Minute Book shows that, in 1871, the cost of running the school was over £7.  The members of the Governing Board were Charles Longman (of the publishing family), John Evans (son-in-law of John Dickinson and a famous archaeologist) and Revd David Ingles, first vicar of St Mary’s, Apsley End.

Miss Armstrong was then the teacher and there were 80 pupils (although the average attendance was around 40 pupils).  Her pay for the first quarter of 1871 (13 weeks) was £7.79.  She lived in the schoolhouse rent free.

The entire Minute Book can be seen below. 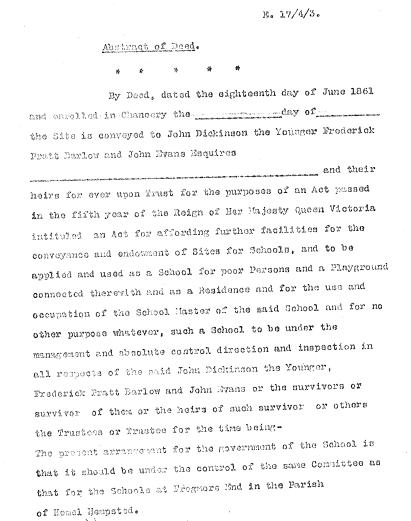 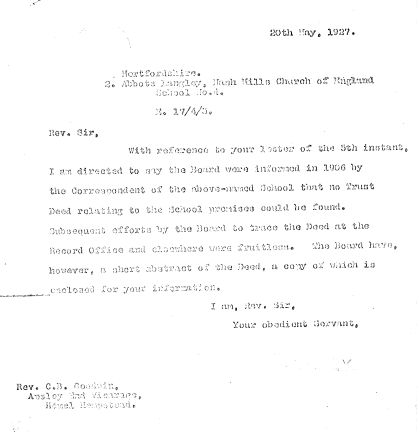