As the school moved further away from the war years, the children were able to go on more, exciting trips including to Whipsnade Zoo and The Science Museum in London.  The school was also recognised for successes, including being the only in Hertfordshire to achieve the RSPB’s Bird and Tree Competition on 1945.  The school was organised into a House structure at this time too, which allowed for more competition and sport.  The Houses were Romans, Saxons, Normans and Vikings.

On 21st December 1950, the school became an ‘aided school’, supported by the Diocese.  This resulted in a grant to extend the school, which meant that the newest block was built, containing 3 new classrooms and an assembly hall and, throughout the school, electrical lights were installed as was oil central heating at a cost of £27,750.  Almost £8000 was raised for this by the local church, led by Sylvia Weston, who also set up a trust fund to purchase Bibles for the school – a fund which still exists today.

At about this time, a teacher of the school, Mr Dickens (a descendant of Charles) designed the school’s logo based on the logos for both local churches with which the school is linked.

A recount from Hilary Dominey:

“I remember having to chant the times tables up to 16.  You earned a star for each table and finally a bar of chocolate.  I have never forgotten my times tables.

The year before I left, the now classrooms and hall were being built and we were encouraged to buy a brick.  After purchasing a brick for sixpence, you wrote your name onto it.  There are several of mine there somewhere!”.

A recount from Gary Trent:

“I started at Nash Mills in 1969.  The old junior classrooms were demolished to make way for a new open-plan infant block.  The covered way between the old building and the hall was demolished too; we used to play tag here.

Mr Clarke, the new Headmaster, introduced sailing holidays on Barton Turf.  I remember I was ill when the rest of the class went to learn the ropes, but Mr Clarke took me by myself one night to learn, which I appreciated.

I joined the football team in the second year juniors (Year 4) as there were few boys in the years above.  The sloping pitch at the top of the hill gave us a very slight home advantage!

My days at the school were good days!” 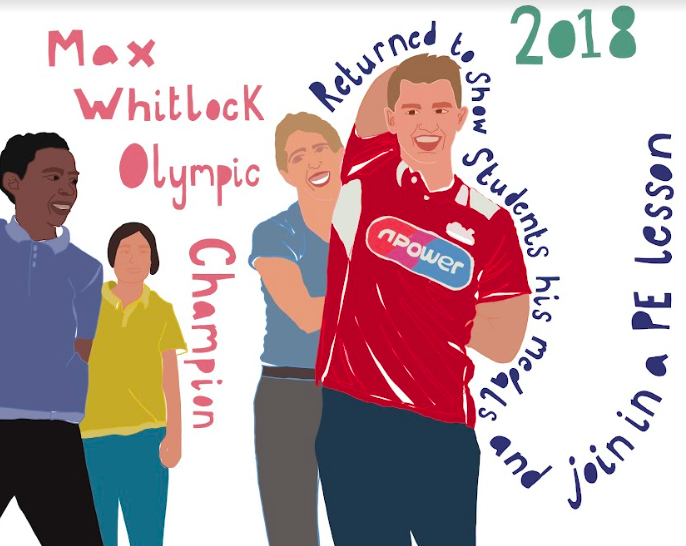 In the 1990’s the school’s nursery was opened to accommodate younger pupils and give them the skills for the start of school.  We were also the primary school of Max Whitlock who later went on to become a multi-gold winning Olympian for gymnastics. Max returned to the school in 2018 to lead a PE lesson! 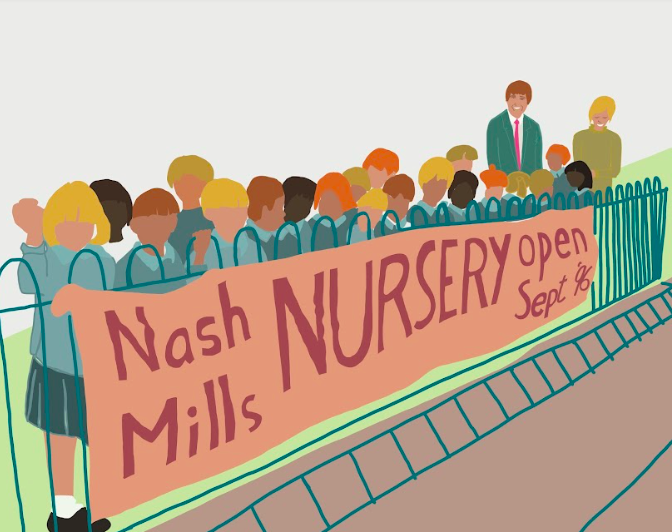